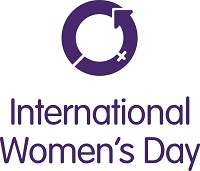 How do women’s substance use problems, needs and outcomes differ from those of men? To mark International Women’s Day 2020, a collection of interventions that further our understanding of how sex and gender can influence the course of addiction and treatment, with a particular focus on women starting with the analyses most recently added or updated, totalling today 68 documents.

Detailed examination of how differing welfare and treatment systems and understandings of dependence affect the alcohol caseloads of substance use treatment services in Sweden and the USA and how they fare in the year after starting treatment; reveals differences and similarities in what 'success' consists of and what seems to promote it.

REVIEW 2011 HTM file
Behavioral couples therapy for substance abusers: where do we go from here?

Problem drinkers and drug users in a persisting if distressed relationship with a partner do better when the focus is at least partly shifted from the patient to working with the couple to foster sobriety-encouraging interactions. Benefits for patients and the broader society can be remarkable.

From Canada the first study to show that among long-term, severely opiate dependent patients who have not responded well to prior treatment, women as well as men benefit more from being prescribed injectable heroin than oral methadone.

Concern that sweetened alcoholic drinks ('alcopops') seduced adolescents to start drinking more and sooner led Germany to impose a tax rise nearly doubling their price. It dented their consumption among teenage drinkers, but switching to spirits and other products eroded the overall drop in alcohol consumption.

Can you get away with asking just a single question to identify risky drinkers and even dependent drinkers? When the thresholds are suitably adjusted, asking either about frequency of heavy drinking or maximum single-occasion consumption worked remarkably well in the US general population.

From the USA a rare randomised controlled trial of prison-based substance use treatment for women finds substantial benefits from replacing a standard prison therapeutic community programme with one based on extensive trauma-informed and gender-responsive elements delivered in an entirely woman-only environment.

At Philadelphia clinics seeing alcohol- (and often cocaine-) dependent patients, spending on average another nine minutes to offer counselling as well as progress checks during aftercare phone calls made the difference between a programme which did rather than did not consistently improve on usual arrangements, at least while it was operative.

In their first years at school, Baltimore pupils formed teams which could earn prizes and praise for good behaviour; 14 years later many fewer young lives were marred by substance-related problems, threatened by smoking, or on track to cause serious social problems.